In which an American classic gets twisted. 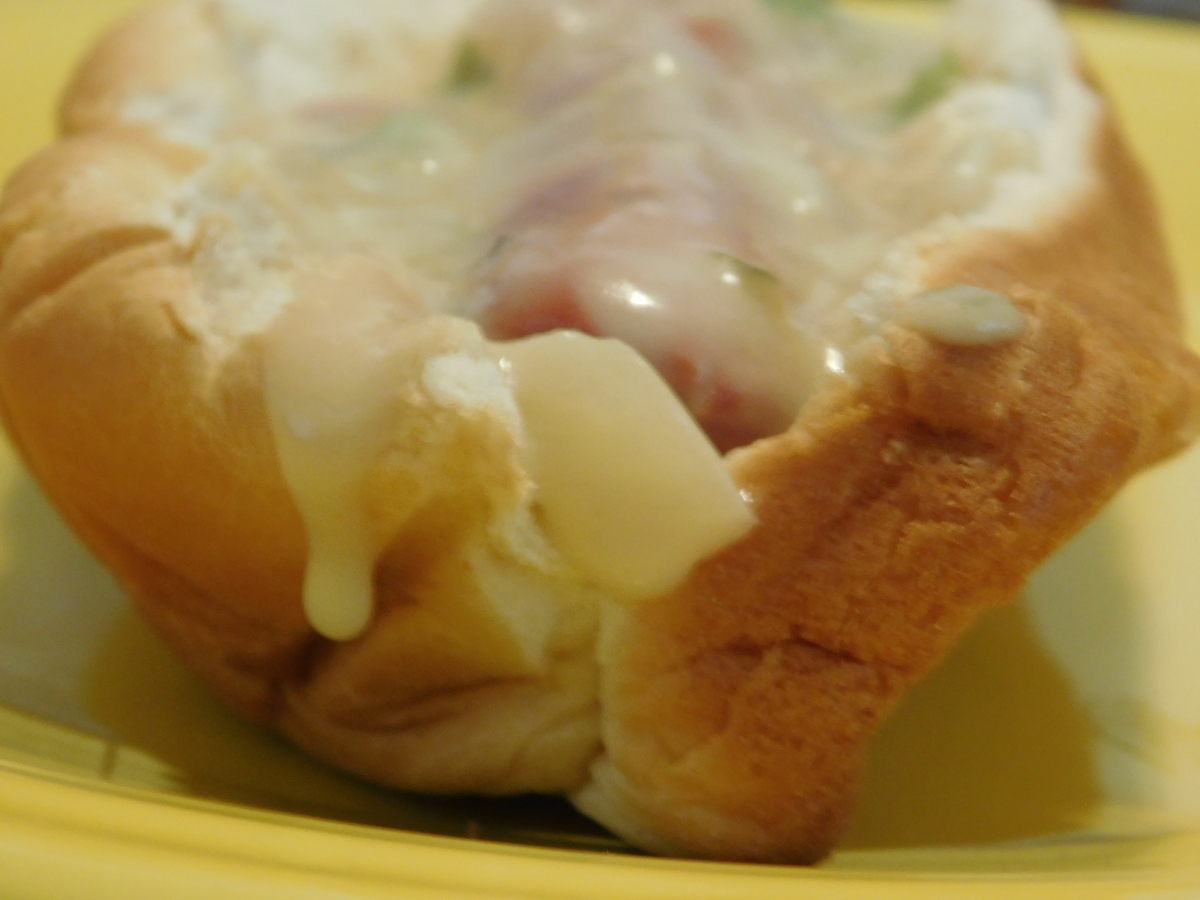 I just saw a chart the other day for how hot dogs are eaten in other places.  Probably unsurprisingly to you, this recipe was not on there.  This recipe also sparked a lot of discussion about what makes something “Deviled”.  Is it the addition of mustard?  I mean, deviled eggs and deviled hot dogs have that in common.  But then I ponder about things like any “Diablo” recipe and those tend to include chilis.  Is there actual criteria when naming something “deviled” or is it just an adjective that people assign willy-nilly? 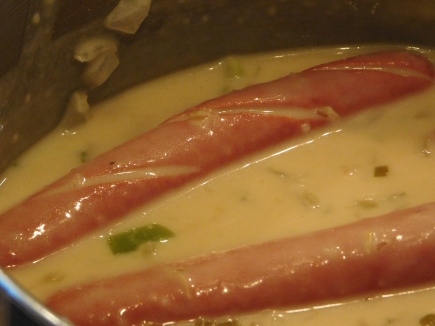 First of all, you should know that this recipe scared us.  I had suggested to my brother that we make this recipe for his kids when they came to visit, he declined.  I had the recipe in my head, however, so I had to make it.

It’s hot dogs cooked in a cream sauce with pickle relish and onions and green pepper.  Well, we think it’s green pepper.  Technically the recipe says “gr. pepper”.  After I had added the 3 TB of green pepper, it occurred to me that it could’ve stood for “ground pepper” because it seems weird for green pepper to be measured that way, but then I remembered that in Iowa when my mom was growing up ketchup/catsup was considered spicy.  3 TB of ground pepper is a lot of black pepper for any recipe (with the exceptions being something HUGE or something like pastrami) and most of the other recipes that have “gr. pepper” make it obvious that the reference is to green pepper. 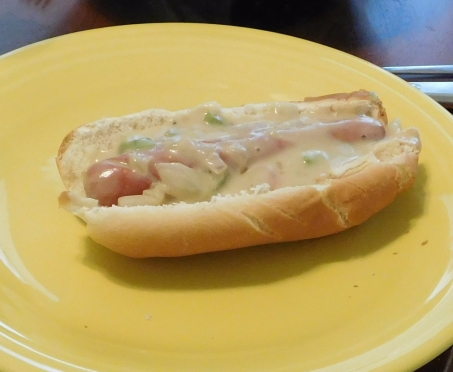 Suprisingly, this recipe was not as bad as we thought it was going to be.  It was actually kind of good, but I think it helps that we got good hot dogs.  In hindsight, I wish we had butter toasted the buns.  It would’ve added a little crispy element.  Instead, it’s all sort of white and squashy and like the comfort food you never knew you needed.  Because we didn’t know, we served these with our normal ketchup and mustard on the table, but this is an up to your taste sort of thing. 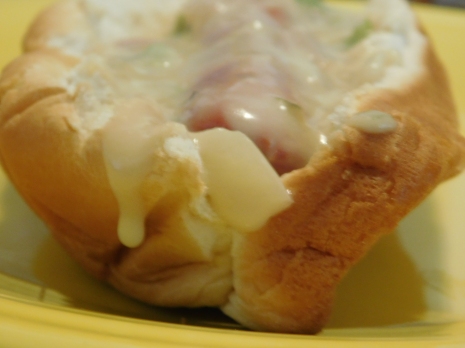 For a fun variation, add cheese to the cream sauce.  It’s like a cheddarwurst.

We had a lot of sauce leftover that I secretly used in a creamy pasta dish later in the week.  Don’t tell the kids. 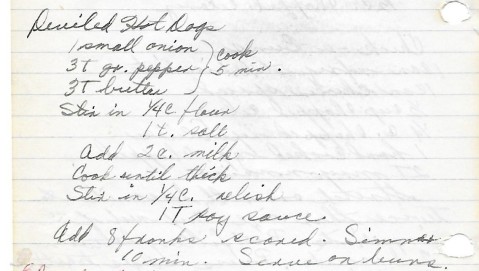