In which I am “pop”arazzi. 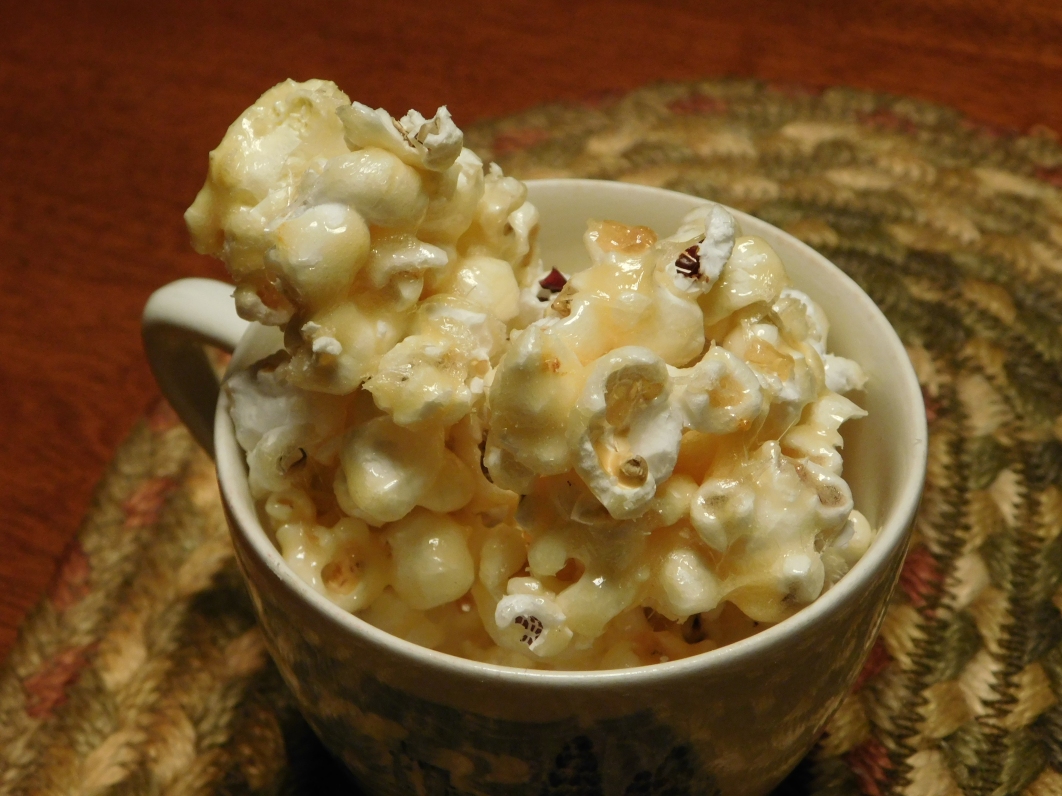 The table runner was one of my Grandma’s.  It seems seasonally appropriate and it makes me smile. 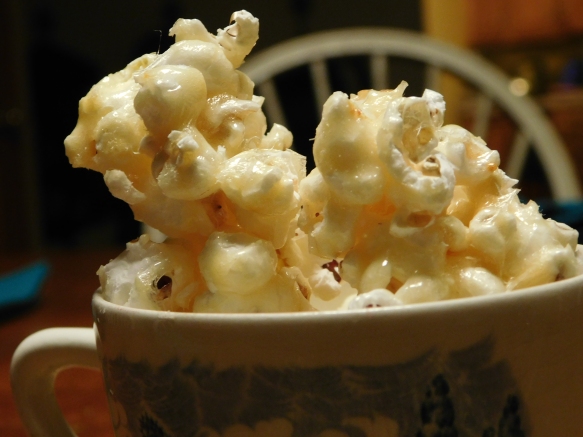 We air-popped rainbow colored popcorn for the popcorn. 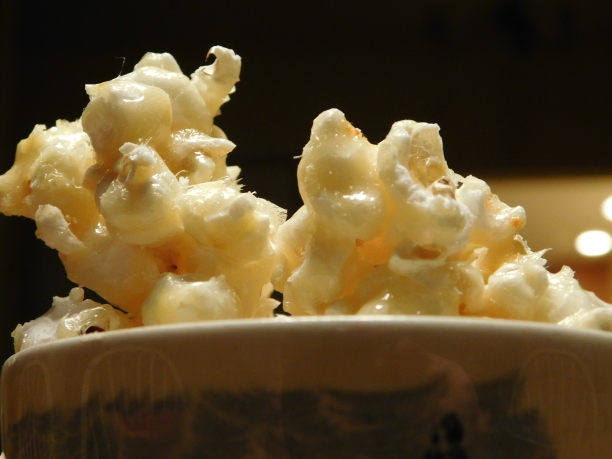 The teacup is an amazing piece of Wedgwood that I found at Goodwill with 2 saucers for less than $3.  They matched another saucer I found at a different thrift shop for 60 cents.

The caramel color of this is so light because it uses white sugar and light corn syrup.  Despite getting up to temperature, nothing caramelized enough to get to that point of golden we normally see in caramel corn. This recipe was fine.  It was what it was, but seriously, check out those photos.

Boil the first 5 ingredients together until 290 degrees.  Add baking soda and mix well.  Pour over popped corn and stir until well coated.