In which I get lucky.

Let’s talk comfort.  The past week and a half or so have been incredibly difficult for lot of little reasons. 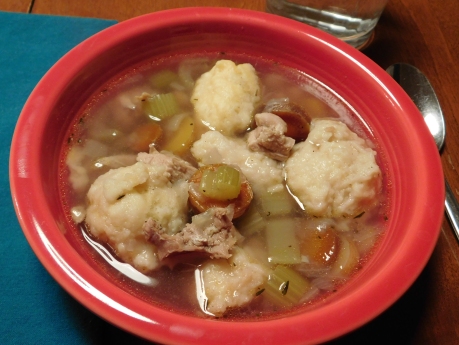 A few weeks ago, while cleaning the bathroom, I was sweeping under the vanity.  I have done this at least weekly since we moved into the house.  You’d figure that by this time I would’ve swept up anything that was under it.  On this particular day, however, a penny appeared.  Not just any penny.  But a penny that must’ve been from some sort of experiment.  It was silver around the edges and still copper in the middle.  “Pennies from Heaven,” I thought tucking it into my jeans pocket.

Last fall while doing some last minute planting, I dug up a penny that was barely recognizable as a penny.  I showed the boys and tucked that one into my pocket. 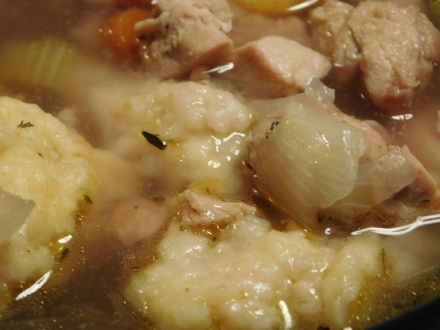 In the last few weeks, I have been picking up pennies all over.  Right by my foot as I’m getting into the car in a parking lot.  Right by my coworker’s foot in the work kitchen.  Under my desk.  On the side of the road.  Pennies that didn’t exist that suddenly appear while I’m cleaning.  They always end up in the pocket of my jeans.

There is a certain comfort in these pennies.  It’s not a comfort of financial security, because all told, I’m probably about 50 cents richer for the experience.  Pennies aren’t worth what they used to be.  I’m probably finding them because other people don’t care that they are losing them.  So why am I looking for a sign or meaning in it?  Why do I find such pleasure in something that the previous owner thought nothing of?  I have read stories where people find pennies and know that loved ones are communicating to them from beyond the grave.  “Maybe it’s a sign,” I think.  “As long as I keep finding pennies, I’m on the right track in life.”  Or maybe not, regardless, I feel a little more cozy and secure every time I find one.

It’s like chicken soup.  I mean, they even wrote a series of books about the sort of comfort chicken soup provides.  I was not a chicken soup fan as a child.  I was the worst sort of ungrateful brat that turned my nose up at homemade chicken soup with homemade noodles. I would only eat creamy soups or stews or pretentious things like French Onion soup with melted Gruyere over the top, but only if the cheese was slightly browned.  I clearly had no idea how good I had it that I even had those options.  Thank goodness I grew up and learned to appreciate the gift my mom gave me with that soup. 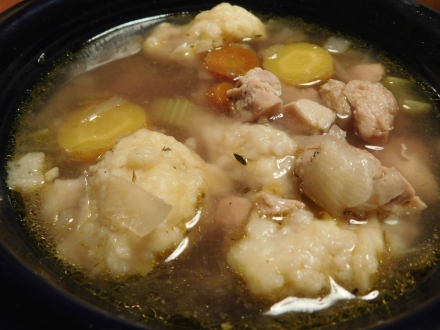 I had my oldest help me make chicken broth a while back.  He was proud of himself for accomplishing something so great.  I was proud of him for having the confidence to approach fundamental cooking. As soon as the stock was finished and strained, I made him some soup and put the rest of the stock into the freezer. I debated breaking out a recipe for homemade noodles, but the idea of rolling out noodles even with the help of my pasta maker seemed intimidating for that day.  Dumplings seemed more accessible. Normally, I make my chicken and dumplings traditionally with a creamy broth, but this felt like a clear soup sort of day.

Before you wonder too much, the thing that looks like a bug floating in the broth is a piece of thyme.  I am not going to edit it out. (My husband suggested that I insert a joke here about not having enough “thyme” to edit it out, but I’m seasoned enough to know that peppering this post with ridiculous puns will make some of you salty.)

There is something about the addition of eggs to a basic dumpling recipe that elevates it.  I am betting these dumplings would make a can of soup better.  I have a dear friend that told me she fails when she makes dumplings.  I’m going to gently encourage her to try this recipe.  Keep the soup hot, keep the lid on and just let them cook.  You should end up with a fully cooked slightly moist biscuity dumpling.  It’s perfect comfort for those really rough days. 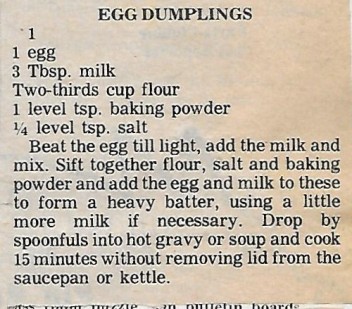