In which I have a very sweet helper.

Since I have already admitted my struggles with pie crust, I could brag about the champion I am for successfully recreating this apple pie, but I won’t.  Because truthfully, the pie crust was nearly the undoing of me.  You may notice that this pie crust is exactly the same pie crust as the pie crust I used for the Cherry Meringue Pie, with one exception.  It uses lard instead of butter.  I don’t know why this made everything so flippin’ difficult.  Maybe it was because I made it on a different day, maybe my cup of lard was a little short.  Maybe one of the tablespoons of milk wasn’t completely full.  (I sort of feel like I’m reciting my own personal “The Grinch Who Stole Christmas”) For whatever reason, my pie crust was dry.  When I tried to roll it out, it crumbled.  The edges cracked and split.  I knew how to troubleshoot, of course, but I still got mad.  I added a bit of extra water and it ended up smooth.  It’s not that I don’t know what to do to fix it, it’s that I just can’t seem to get to the point where I can enjoy the process. 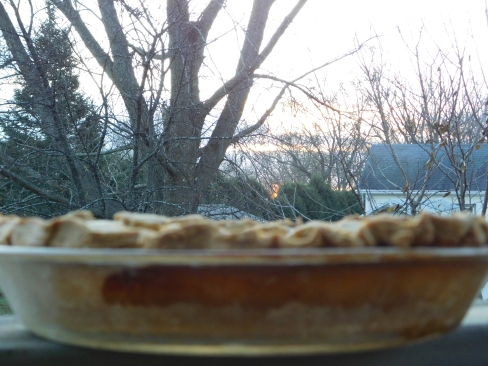 I think I compare myself to my mom.  She always makes beautiful pie crusts.

Despite my irritation at the pie crust, I remember that when I was young, my mom used to let me crimp the pie crust.  She showed me multiple ways to make a beautiful decorative edge by pinching, by spreading my fingers and poking another finger between them, by using a fork to create a criss-cross pattern.  But the most important part was that she actually let me help.  So I got over myself and when my darling little daughter came over and wanted to help, I spread my fingers out on the edge of the pie crust and helped guide her little finger in between mine to create a fluted edge.

It’s that moment that made this more of a champion apple pie than the fact that I was able to solve my pie crust issues.

Speaking of cheese…I did take a slice of cheddar and melt it over a leftover slab of this pie.  Delicious.

Atypically, this pie does not call for any pie spices.  Not a drop of cinnamon in the whole thing.  It is still delicious.  Maybe it’s because I picked the apples myself and froze them.  Maybe because the recipe won some award or other.  But I’m guessing it has a lot to do with those sweet little fingers poking through mine to create the gorgeous crust. 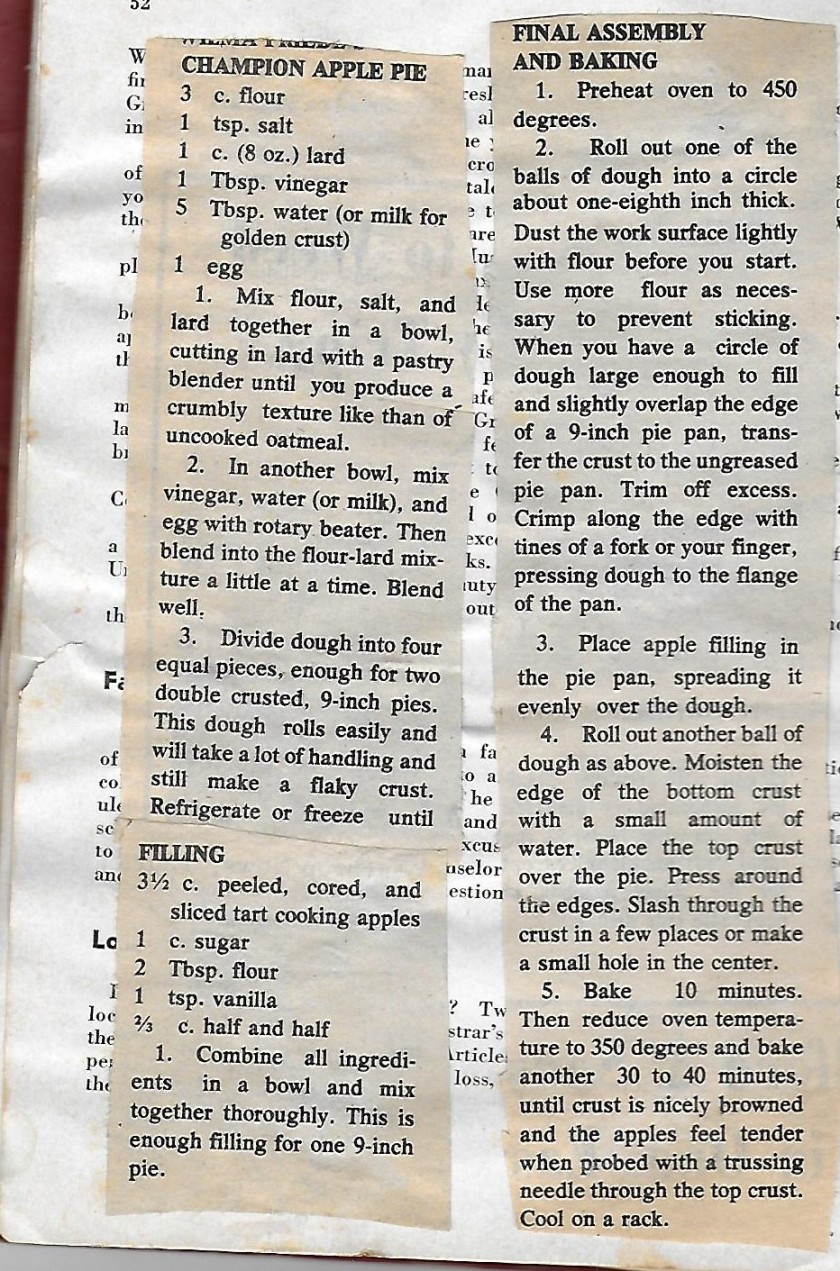